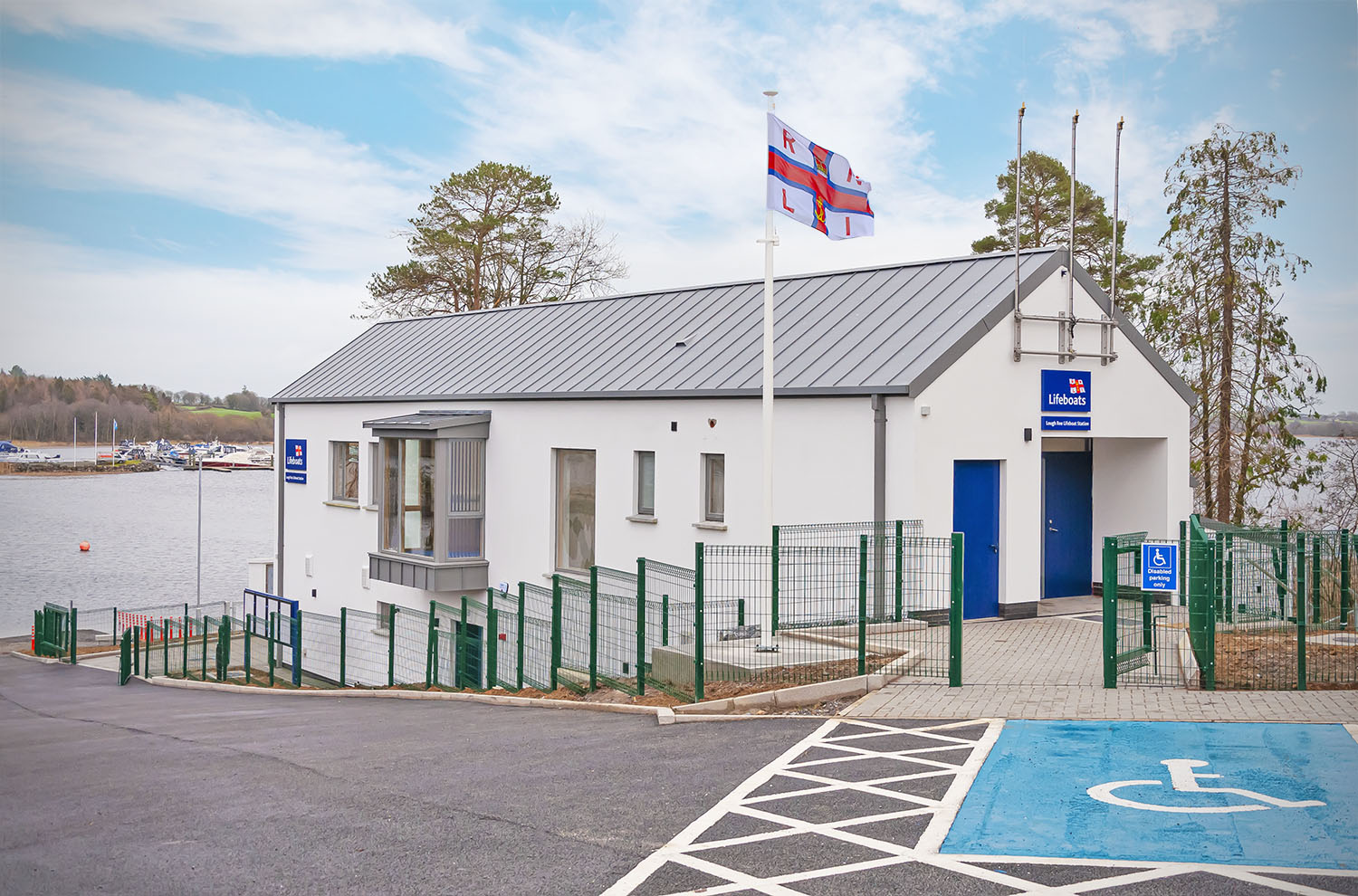 Established in 2012, Lough Ree Lifeboat Station is situated on the picturesque Coosan Point, north of Athlone.
Lough Ree is a popular location for fishing, sailing and swimming in the heart of Ireland.

Appointed by our client RNLI, Woodvale construction have built a new, purpose-built lifeboat station which features boat storage for the Tara Scougall lifeboat, a new in situ concrete ramp slipway, an office, changing and shower facilities, a workshop, crew room and kitchen facilities.

Since its foundation in 2012, Lough Ree RNLI has been operating from a temporary station consisting of shipping containers at Coosan Point.

The new boathouse slipway will provide direct access to the lake for the charity’s lifeboat Tara Scougall, and her crew. The boathouse will also facilitate improved response time to emergencies, a specially designed training room and excellent crew facilities.

The project has been funded exclusively by charitable donations. Kevin Ganley, Lifeboat Operations Manager at Lough Ree RNLI said: ‘This is a fitting way to celebrate the 10th anniversary of the charity on Lough Ree and could not have been achieved without the generous contribution of the local community and those further afield.’