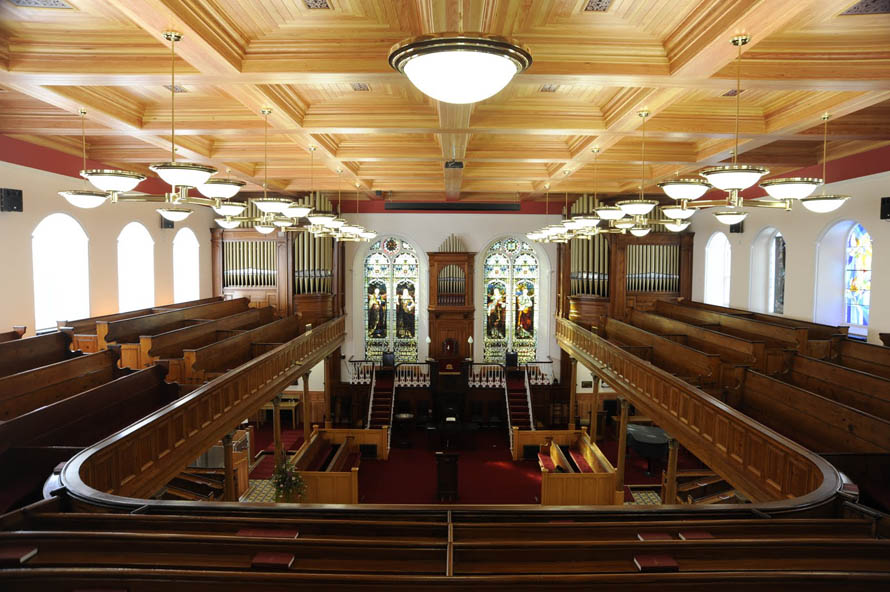 This was a complex restoration project on a semi-derelict church which was in an extremely bad state of disrepair and had almost fallen into ruin. It was closed in 2002 due to the discovery of extensive dry rot. Silent for almost nine years and successfully completed in May 2011, this church is once again resounding with the voice of its congregation.

Overcoming the complexities and challenges of the project required skilful planning, co-ordination and craftsmanship.

First Derry Presbyterian Church beat stiff competition from four other shortlisted finalists to win the Restoration Category of the CEF Construction Excellence Awards 2012. This is the second year running that Woodvale have been awarded this category. The other finalists included Crumlin Road Goal, Riddel Hall and The Guildhall, Londonderry.

A delighted Robert Ewing commented “The winning of this major award for the last two years has been well deserved recognition for our Restoration Division. The efforts of all associated with the Restoration of First Derry Presbyterian Church have been recognised and now this iconic building will sit proudly on Derry’s walls to be enjoyed by both congregation and visitors for generations to come. The restricted nature of the site and precarious state of the building prior to commencement added to what was already a very challenging project. As with any major restoration project unforeseen difficulties arose during the construction phase.  However the professional approach and attention to detail of a very experienced Woodvale team led to the completion of a successful project. One of which we are rightly proud.”

The high quality craftsmanship evident throughout the building greatly impressed the Secretary of State, Owen Patterson MP, as did the stunningly beautiful stained glass windows.
The Rev David Latimer