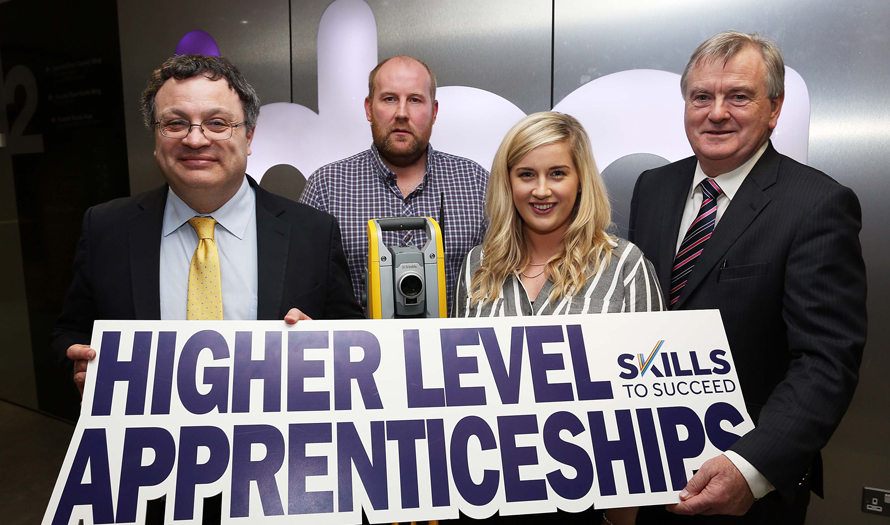 Robert Ewing and Lauren Eccles from Woodvale attended the official launch of the new Higher Level Apprenticeships at the SWRC in Omagh on the 16th October.

Lauren has just started a Higher Level Apprenticeship in Sustainable Construction at the SWRC, Omagh. She has been working for us in administration for several years but is ambitious to learn more and advance through the company.