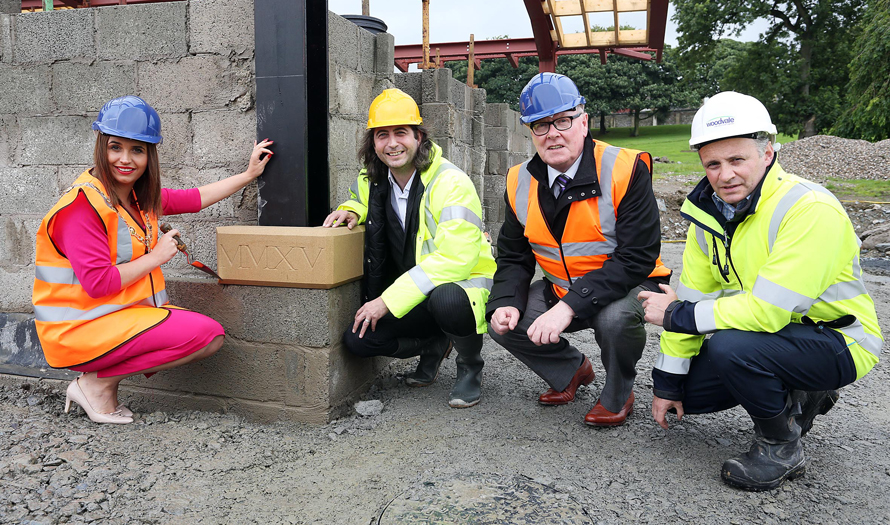 Following the discovery of a 175 year old time capsule at Brooke Park, Derry, a new time capsule has been installed. The new capsule is contained within a specially designed cornerstone which has been fabricated from sandstone salvaged from the old Gwyn’s Institute building.

The capsule contains information about life today, but it also contains artefacts from the original capsule, including pictures of the park in Victorian times and 175 year old coins.

Speaking at the cornerstone laying ceremony, Colin Kennedy the council’s Parks Development Manager said “This site is progressing very well despite the inclement weather. We started on February 2 and we are on programme to complete early summer 2016.We have an excellent contractor on board – Woodvale Construction. Everything is going to plan, so far so good.”

Pictured from left to right are the Mayor of Derry City and Strabane District Councillor, Elisha McCallion, Paul McNaught DSD, Tony McCusker from the Heritage Lottery fund and Paul Devine, Wooodvale’s Contract Manager for the project.

Click on the link below to see the Derry Journal video of the stone laying ceremony: