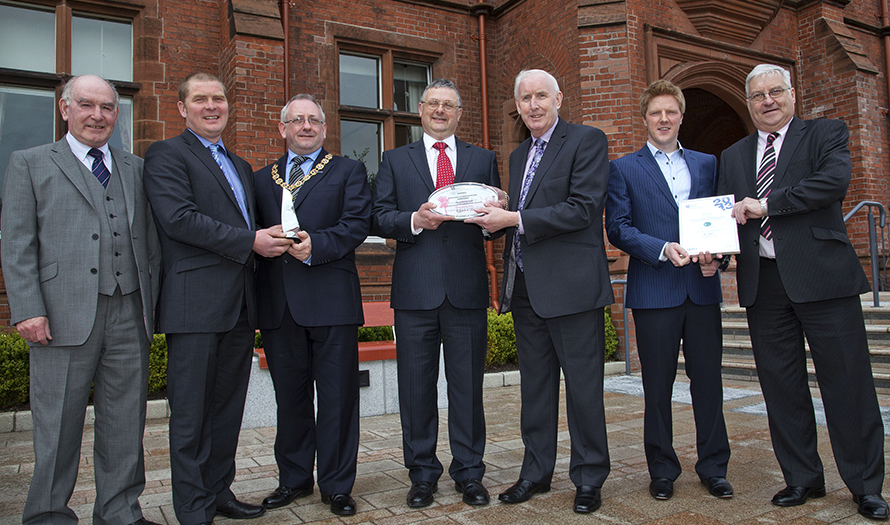 For the second year running Woodvale Construction has come out top in the local RICS awards in the category of Building Conservation. After the success of St Columbs Cathedral in the awards last year we are delighted to announce that the restoration of First Derry and Claremount Presbyterian Church beat of eight other shortlisted projects to win this prestigious accolade in the historic surroundings of the Riddel Hall at Queens University Belfast.

RICS Northern Ireland Director, Ben Collins, praised all of the winners and entrants: “The RICS Northern Ireland Awards continue to go from strength-to-strength as a premier showcase of the very best work by property and construction professionals. Judges often talk about projects having the ‘wow factor’ and there was plenty of that amongst this year’s entrants. Northern Ireland has always done very well in the RICS Awards Grand Final and we are confident that this year’s winners will again represent us extremely well.”

The four category winners will be invited to represent Northern Ireland against projects from across the UK and internationally in the overall RICS Awards later this year. In 2012, The Belfast Streets Ahead Scheme was the Regeneration winner at the RICS Awards Grand Final in The Savoy, London.